Yep, it's always gotta be Sin mediating between Satan and Death... 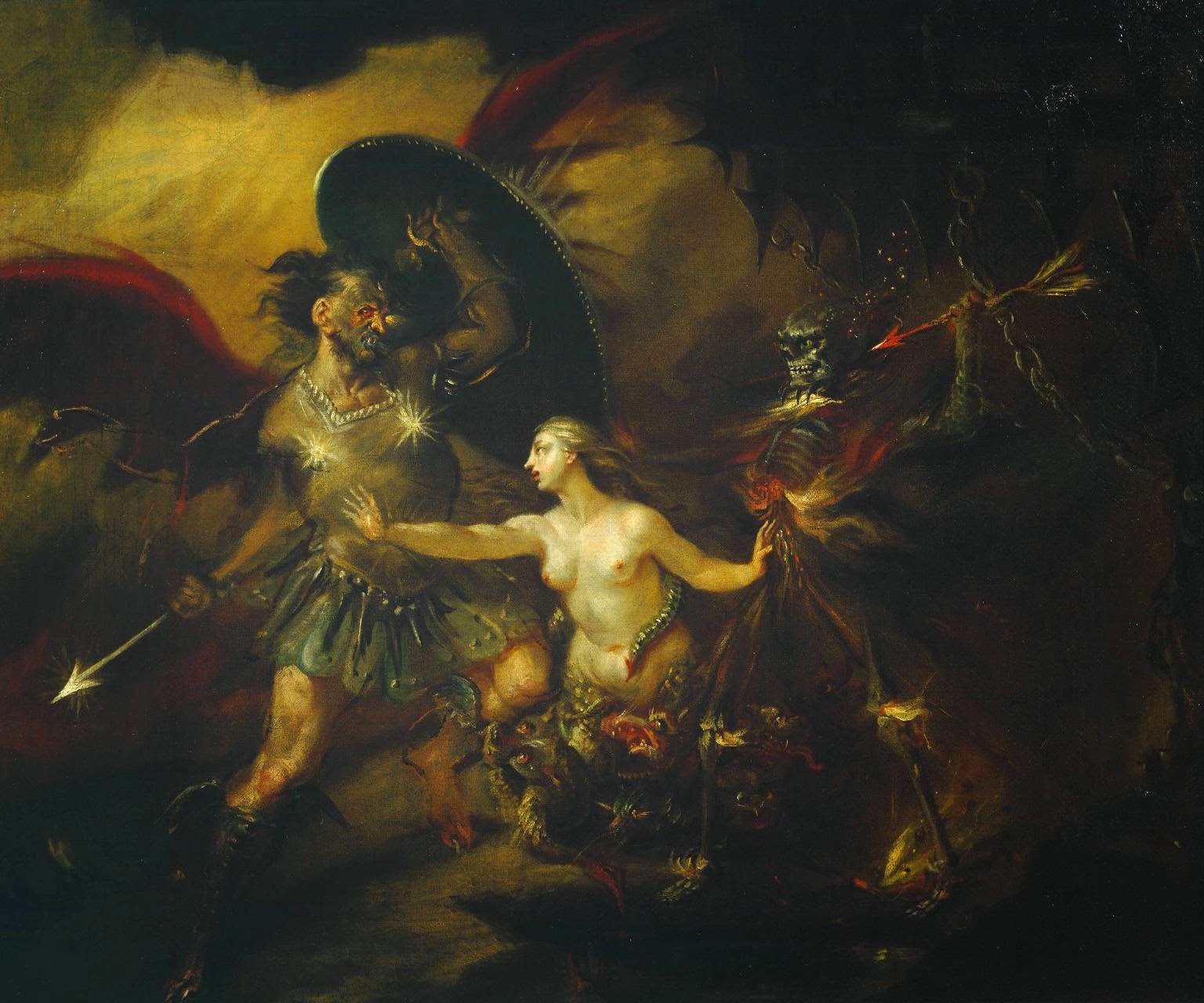 Actually, the story line here is a bit intriguing, as it emanates from Milton's Paradise Lost. Satan confronts the old guy, Death, who is blocking the way from Hell to Earth. Sin, in the middle here, reveals to Satan that she's his daughter...and get this...that Death is their incestuous child!

The engraving, below, is based on Hogarth's painting, losing in the translation, particularly in Satan's features. In the painting, Satan looks like he would if Peter Jackson were to film Milton's epic poem. 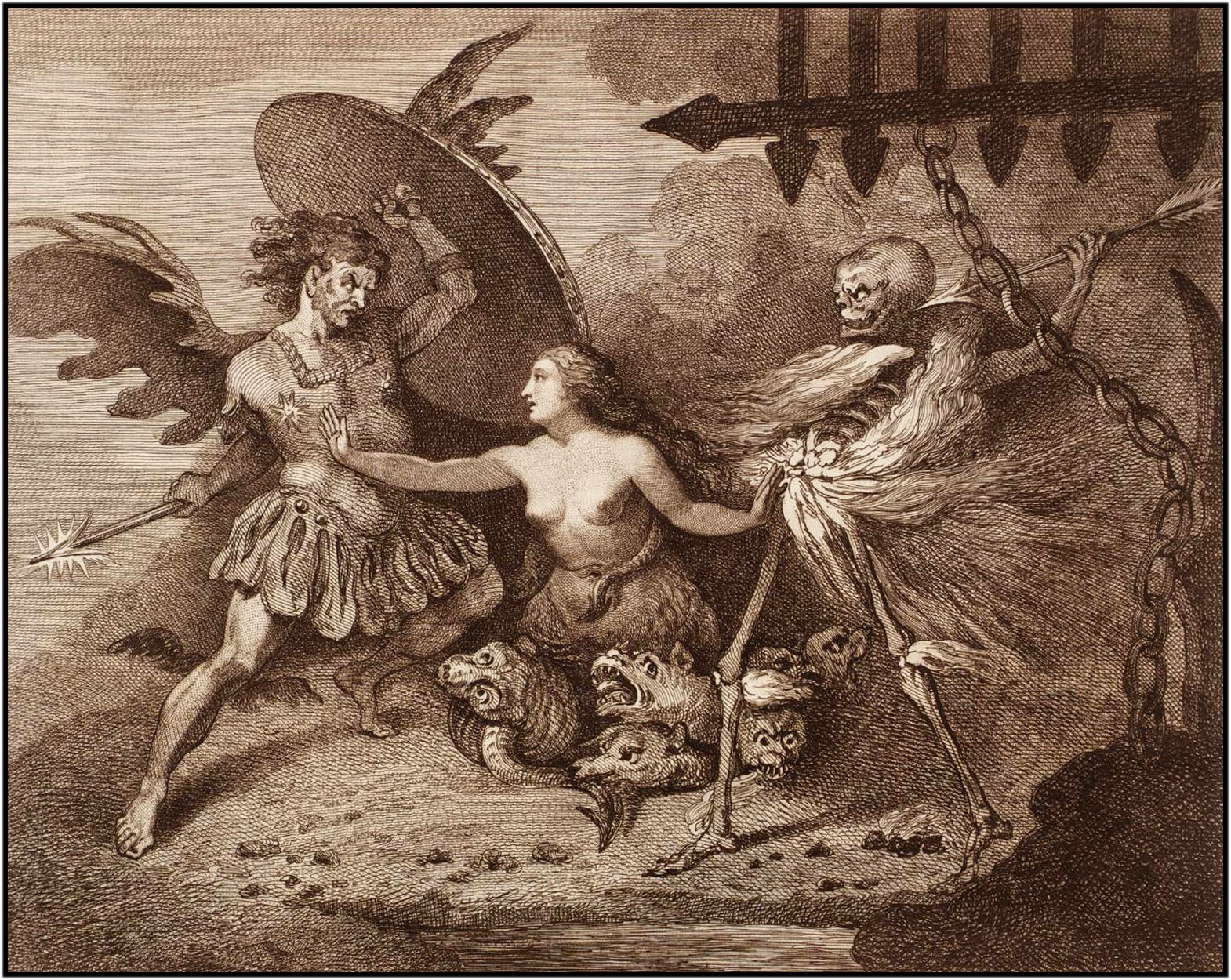