The Disney universe is an odd duck, so to speak. Much of it is loved, globally, and much of it is criticized for its white bread values. Under various bosses, its film library has wandered all over the map, and considering its immense success, it's hard to critique it in general. Known as the 'Disney version', classic fairy tales have been sanitized and sentimentalized, and has 'corrupted' generations of little minds to a princess mentality. Not a horrible thing, but disturbing if it becomes obsessive.

These days, efforts are made to correct some of the idealism, such as in "Brave" (though the little heroine is still a princess and somewhat ideal).  Where are the average but extraordinary little girls?

Ah, Lilo and Stitch, one of my favorite latter-day Disney creations, presents Lilo with her 'ordinary' modern day frustrations of family issues, compounded by the 'extraordinary' problems of a little extraterrestrial — Stitch — a characterization that I find very entertaining. Lilo is a very enjoyable characterization as well, but I think that Stitch, with his manic-depressive personality, is a special denizen of the Disney universe. 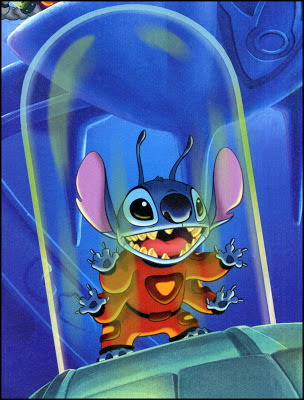 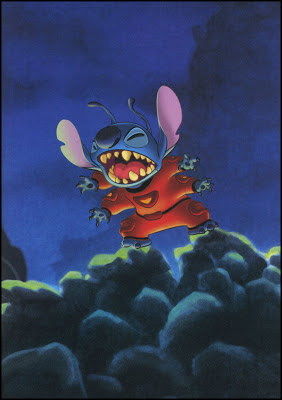 The talent behind Lilo and Stitch is Chris Sanders, who was the director, writer, character designer and the voice of Stitch (and the other alien "Experiments" from the TV series).

He has an account on DeviantArt as Alohalilo (http://alohalilo.deviantart.com/). If you cant tell, he draws women like the Nani character, but with larger breasts. He dose some nice works.

To my knowledge, he left Disney to work for DreamWorks.