My posts are a little spotty lately because I've been spending so much time on the new Pictorial Arts Journal that will soon be rolling out its premier prototype. I will be posting about the Journal soon, and looking for a little advice about website formatting.

In the meantime I'll keep posting when I can, such as this dreamy (literally) image from the Golden Age of Illustration. 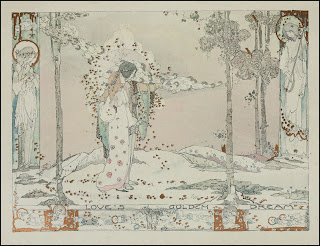 Posted by Thomas Haller Buchanan at 10:08 AM No comments: 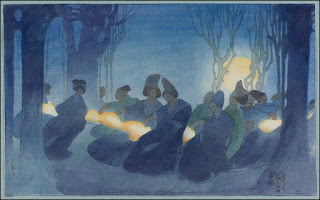 Posted by Thomas Haller Buchanan at 12:25 AM No comments:

Curatives for the Soul

Can't you just feel the gentle warmth, the fragrant breeze, the peace and tranquility? Meditating on infused images like this can be curatives for the soul. 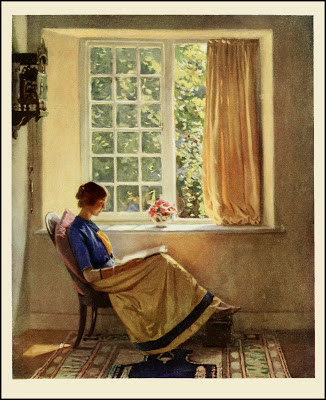 Posted by Thomas Haller Buchanan at 11:53 AM 5 comments: 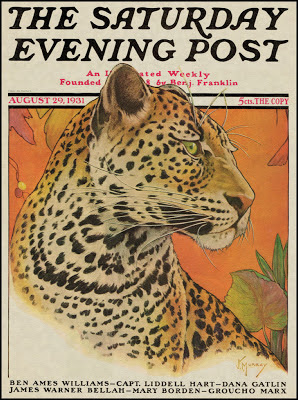 The Wizard Prince of Arabia — WOW

I'm not really fond of circuses as we generally know them, with clowns and acrobats and such. But  THE WIZARDRY, WONDERS & MAGIC of THE ORIENT in A NEW WORDLESS PLAY of OPULENT GRANDEUR, with 1250 Actors and Actresses, 300 Dancing Girls, 350 Persons Playing Musical Intruments, 250 Singers in Weird Oriental Choruses and 3250 Costly Costumes is gonna pique my interest and I'll be back to see this show every day it's in town, you betcha! 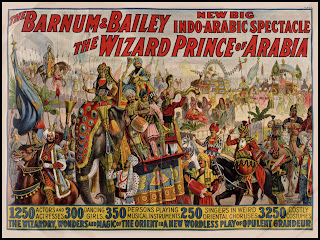 Yes boys, even girls have dreams of adventure in faraway places . . . 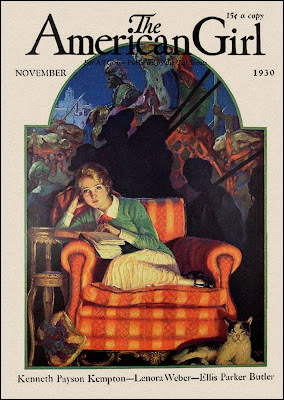 Posted by Thomas Haller Buchanan at 1:13 AM 7 comments: 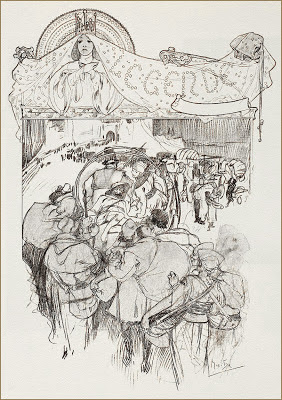 There is a lovely texture to this landscape image . . . 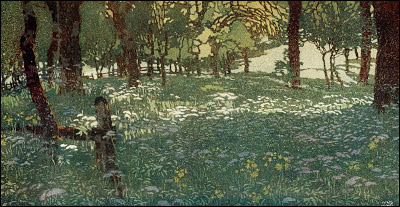 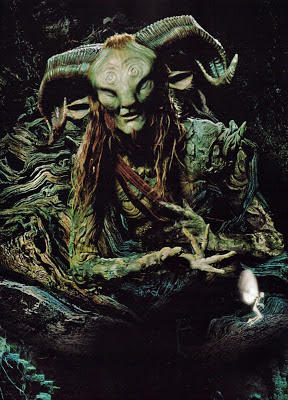 Posted by Thomas Haller Buchanan at 9:02 AM No comments:

I'm posting this image of an interesting sculpture if nothing more than because I like typing and saying its name, and interestingly enough seems to translate as 'The Flypaper'. 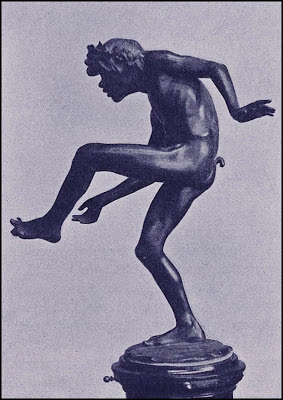 Don't Let Yourself Be Trapped

Women, don't let yourself be trapped into a relationship with a pig, no matter how handsome or charming he may be . . .

I have a deep thirst. 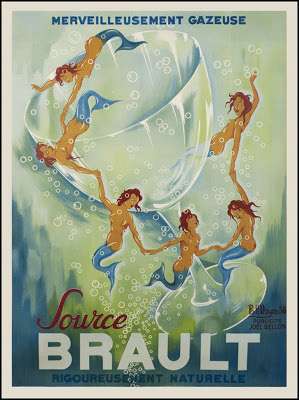 Posted by Thomas Haller Buchanan at 8:57 PM No comments:

Thank you Diana, your help would be most welcome!

Posted by Thomas Haller Buchanan at 11:29 AM No comments:

This boy is having entirely too much fun with his magical horn. 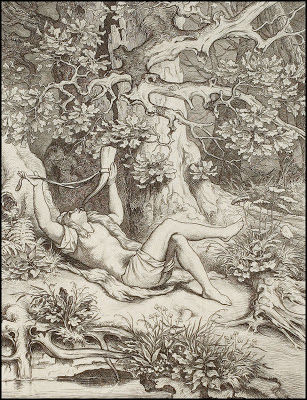 Posted by Thomas Haller Buchanan at 9:52 AM No comments:

This is late on the date, but I'm not going to wait a year to post this sweet drawing by Picasso, back when he drew recognizable people.

Happy Mother's Day to all you great moms and Mr. moms. 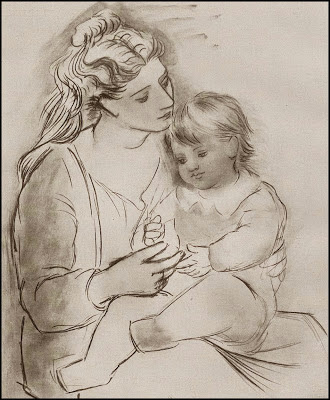 This pose is a tiny bit like arcadian artist Larry MacDougall might do, but Larry's rendering would be 40 jillion times better. 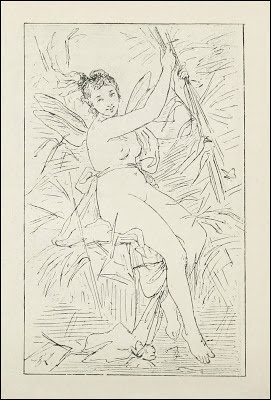 Posted by Thomas Haller Buchanan at 9:49 AM 2 comments: 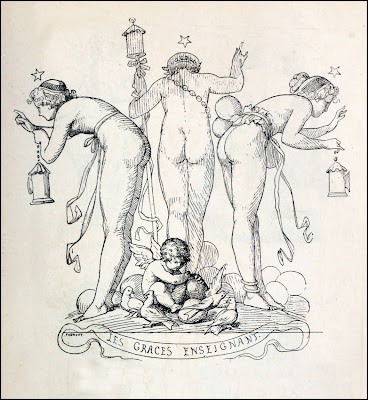 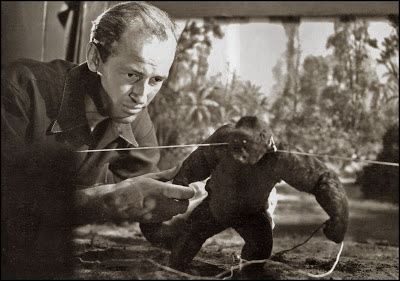 The other night, we watched a new DVD of an old Bond flick, Diamonds are Forever. We could hardly get through it — it being slow-paced, boring and poorly acted. Oh we loved Sean Connery alright, but we've been spoiled by modern action movie-making that is superbly timed and paced. I guess it was Lucas and Spielberg that set the bar for action. As a kid I was enthralled with the Connery Bond movies, but now it's the Daniel Craig Bond movies that I enjoy (though Connery will always be THE 'Bond, James Bond' for me). 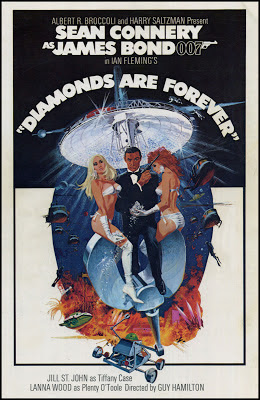 HAPPY BIRTHDAY ALL YOU TAURUS PEOPLE!

For what it's worth, here is a shot of a portion of my deep sea fish birthday cake. We'd already eaten part of the tales and fins, because they were a little wobbly. Even working day and night shifts at two jobs, my daughter still wanted to make this cake for me—and it tastes even better than it looks! And my wife made a lovely real fish dinner, even though I'm not a Pisces.

I'm a lucky lucky guy to have a wife and daughter like I do. 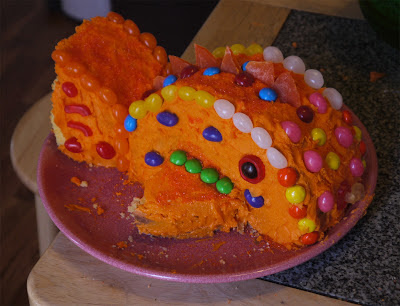 What the heck. I'm gonna post this pic every year on this date . . .

I'm sorry folks, I guess I should have done this on April Fool's Day, except then it wouldn't have made any sense at all, at least to me.

I received a nice email from a person who was concerned about the 'facts', as he uses MM's appendectomy as part of his medical lectures. This is part of the note I sent back to him:

I'm sorry for any confusion. It was a stupid conceit on my part.

Several years ago I posted this picture with a tongue in cheek reference that "MM and I were in a hospital on the same day. She was getting her appendix removed, and I was being born. Coincidence? You decide", kind of thing. Cuz, well, that WAS the day I was born.

My blog takes flights of fancy here and there, and with this post I was hoping to amuse people who were in the know.

Sorry for the Delineated conceit. In fact, I'm going to use the very words above as a disclaimer on the post.

Corresponding from Another Dimension

Ah, 1972. I was in the Army, but had lots of down time, hanging out with my hippy friends, some of them in the Army too. It's not just long hair that makes a hippy. It's an attitude, and so many of my Army buddies were drafted (forced) into the armed forces and there was just as much dope and stuff in the military as out.

For short breaks, the underground comics were our readings of choice, and several of us artsy types tried our hand at drawing the underground style. Dave Sheridan and Fred Schrier were our idols for that kind of work. Crumb was good, but seemed a bit brown shoe for our efforts to emulate. Shelton was good too, but didn't seem stoned enough, maybe he seemed too vaudevillian and slapstick.

Whereas Sheridan and Schrier seemed like they were corresponding from another dimension. Here, Sheridan has drawn some phunny money that was used for promotional handouts, and in a pinch could be used to roll your own smokes, this one surviving somehow.

Above and below, Dave Sheridan's front and back of the phunny money.

I love these sorts of photo portraits, and by that, I guess I mean of unique personalities confidently showing their eccentricities and connecting through the camera lens to us folks in the far future. 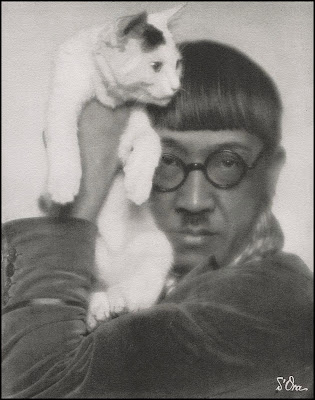 photo by d'Ora of the artist Tsuguharu Foujita — 1928
Posted by Thomas Haller Buchanan at 6:19 PM No comments:

Spirit of the Garden

We've had some more snow hereabouts, but gardening is on our minds (with some of our earlier planting gone to frozen hell).

This is a painting called The Spirit of the Garden, which doesn't look very green and seems a bit off-topic to its title, but can maybe still raise our spirits a bit. 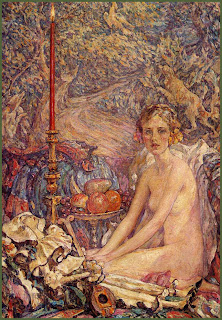 Robert Lewis Reid — The Spirit of the Garden 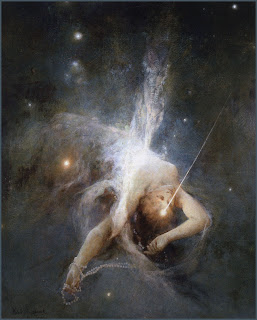 Posted by Thomas Haller Buchanan at 5:24 PM No comments:

This is a Rest Stop on the Way Home 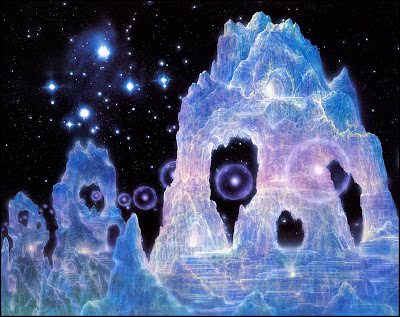 © Gilbert Williams — Portal of the Pleiades

Posted by Thomas Haller Buchanan at 3:11 PM No comments: