I used to think that sleep was an awful waste of 8 hours that I could be doing something useful. I've discovered lately that sleep is a wonderful little invention, as I give into it fully and soundly. I have great dreams as I walk foreign times and places. Perhaps we've run into each other on some other nocturnal plane, you and I. Perhaps not. 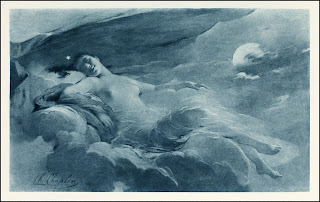 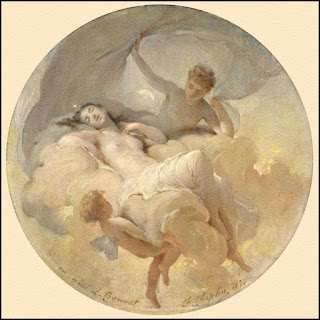 Sleep is my enemy AND my friend. Like a nuclear power plant, a thing filled with danger that can give us untold benefits.

I have a love/hate relationship with those eight hours (or six -- sometimes only five) that I spend asleep although last night they were quite welcome as they are helping me to recover from a cold.

as for being "...mildly obsessed with naked women sleeping the soft sleep"... Well, who isn't?

This same photo called La Nuit came out in the La Vie Moderene in 1883.

Just information.. since I was looking up the subject.