Down the Rabbit Hole

Tim Burton's Alice in Wonderland film is only the latest of many many many pictorial adaptations of the amazingly resilient Lewis Carroll fever dream of a book.
Next to the Bible, Alice's Adventures in Wonderland has been cited as the most widely translated, quoted, and admired book in the world. Over the years, dozens and dozens of artists, each in their own way, have illustrated the bizarre and wondrous story.
I'd like to show, in installments, some of these illustrators' results—mixed together, but in sequence of the story, chapter by chapter, twelve in all.
As I say, in installments, with posts of other subjects interspersed, so that none of us get overwhelmed (or bored) with too much Alice. But I think it will be fun to see all these styles come together. I'm going to caption the artists, but not put them in the labels. The only label will be the title, so that ultimately all the chapters will be compiled together. 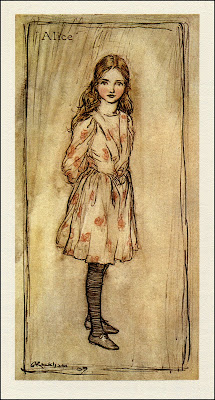 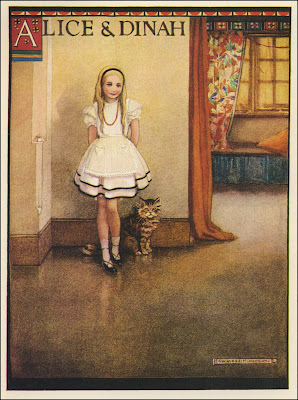 Above, this is SO my philosophy. 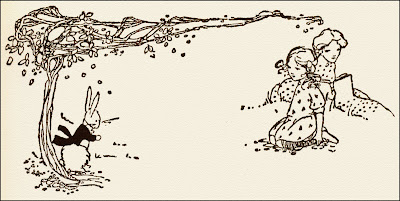 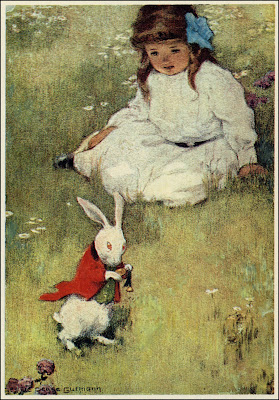 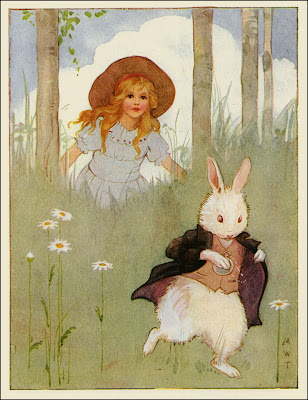 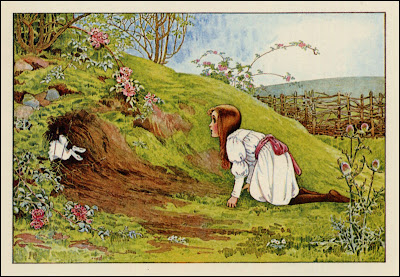 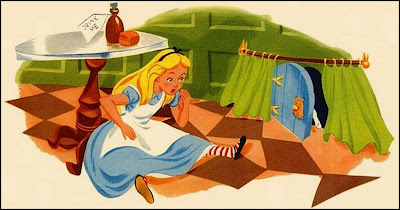 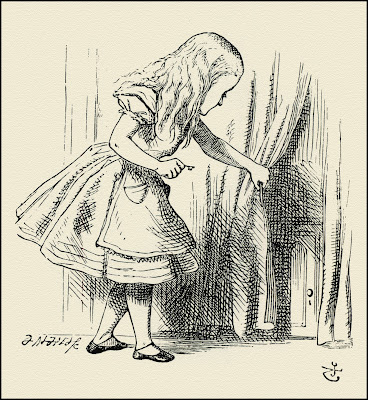 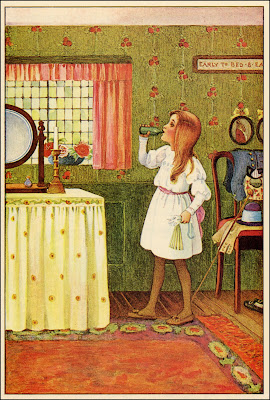 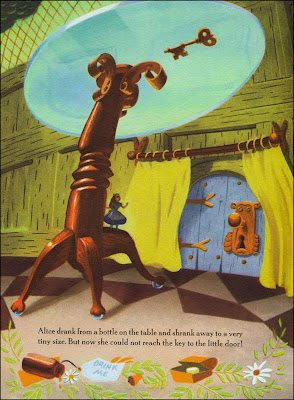 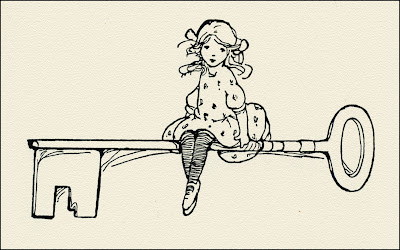 Superb blog. I found you through Samurai Frog's Tumblr. And I'm glad I did.

Thankyou for posting these. Fascinating.
I still prefer Tenniel to all others, but there's some wonderful talent on display here.

Oh, Thom, please tell me that there is or will be an edition with your illustrations!

Daniel--Once upon a time there was going to be, and I began the assignment. But the project was cancelled abruptly and I was paid a kill fee.

I have a few more sketches and studies I will be posting with the various chapters.

I would dearly love to begin anew to illustrate an edition. I'm so much better now than I was then. So let's say there will be, I just don't know when.

But THANK you for your enthusiasm.

I collect editions of Alice's Adventures in Wonderland primarily for the different illustrations, and I must say that I just love yours. I'm glad your Alice is not a blonde. I do hope there will be an edition featuring your illustrations; thank you for sharing this one here.

Thank you Mock Turtle, your name alone tells me much. I appreciate your comments, especially about Alice's hair color, and I so hope I get an edition too.

Hi Thom,
I just discovered your Alice series, and I am fascinated. Though I am blonde, and I think of Alice as blonde, I love your dark haired Alice and the wonderful details in the scene you've put her in, including the map of Middle Earth!