Neil O'Keeffe was an illustrator/cartoonist that had a long career in the early/mid 20th century. He illustrated the book immediately below, In the Court of King Arthur, published in 1918. The color illustrations in it are reminiscent (to me) of Hal Foster's Prince Valiant, even though it predates that comic strip by a generation.

O'Keeffe's style in this book looks somewhat like Foster's, even with Valiant's pageboy haircut on display. Yet O'Keeffe's cartoon style that he used in Dick's Adventures, years later (seen at the bottom of this post), looks (to me) very similar to the comic strip style that John Cullen Murphy used when he replaced Foster on the Prince Valiant strip.

O'Keeffe and Foster seemed to cross paths in Chicago and elsewhere in their early illustration careers. O'Keefe, Foster and Murphy all worked for the King Features Syndicate (owned and guided by William Randolph Hearst), during a concurrent period in the 1950s, Murphy drawing Big Ben Bolt.

To further mystify my curiosity, the fellow who wrote Dick's Adventures was Max Trell, and that same Max Trell wrote the text for Hal Foster's hard cover Hastings House adaptations of Prince Valiant in the 1950s.

I've casually tried to find an official connection between O'Keeffe and Foster, such as a friendship or sitting at the same table at the NCS gatherings, or anything—to no avail. There may be no connection whatsoever, but if anyone knows more of the backstory alluded to here, please do let me know. The most curious thing to me is the similarity of this book's illustrations to the later Prince Valiant, not saying whether Foster was influenced or not. 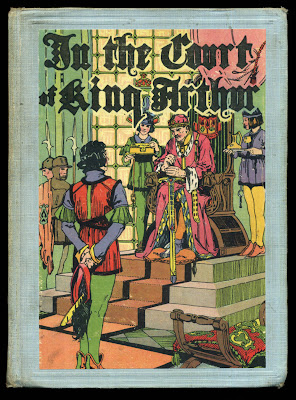 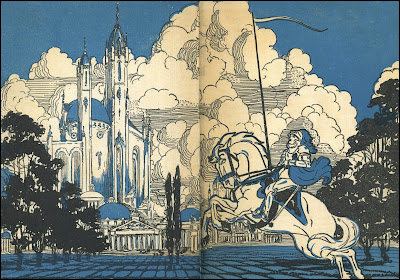 endpapers
This and most other black and white illustrations in the book (most not shown) seem stylistically to belong to another hand.
The one below initialed G.G. 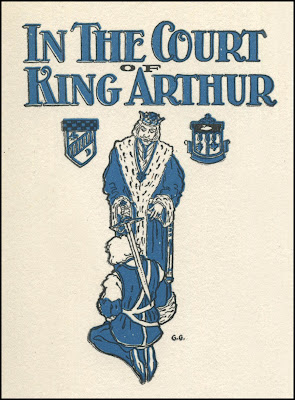 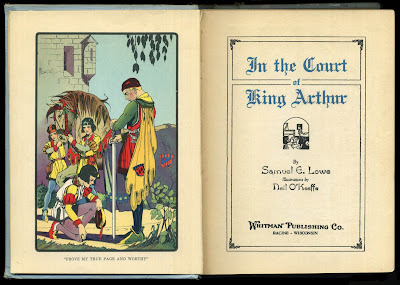 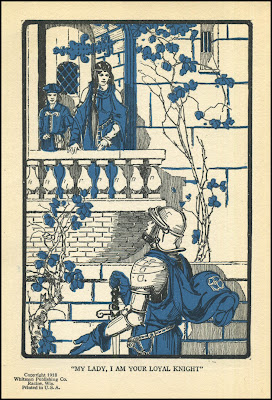 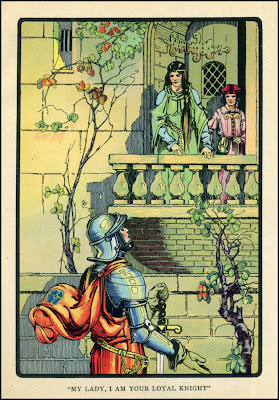 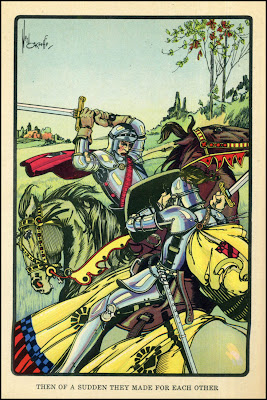 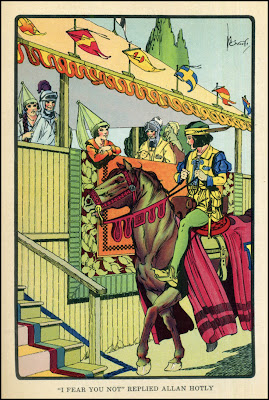 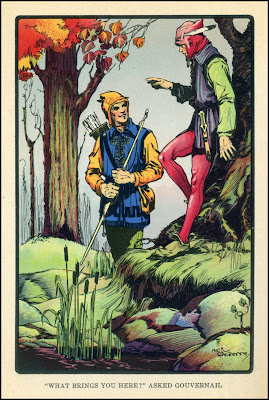 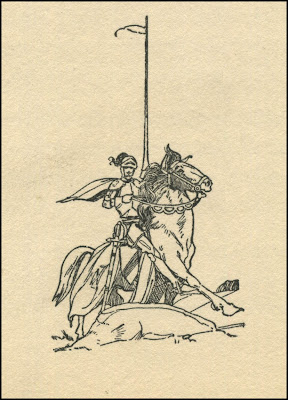 Below, an O'Keeffe magazine illustration from 1950 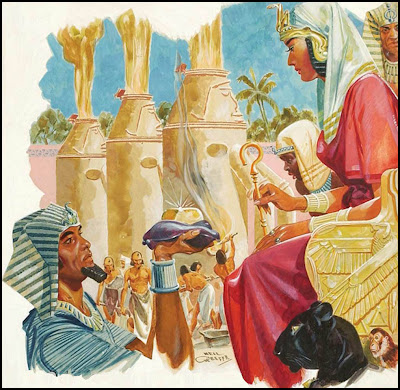 Below, O'Keeffe's cartooning style on Dick's Adventures that I feel is reminiscent to John Cullen Murphy's style on Prince Valiant. 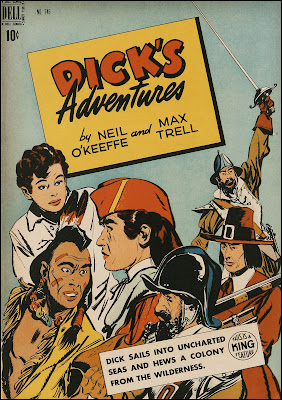 WOW1 i must embarrassingly admit to never seeing his work before. Just beautiful! The similarity to Foster's work is incredibly obvious and I also would love to know more about this. Great post!

Thanks Joe. Y'know, I sat on this for the longest time, thinking I'm stretching here. But the more I saw of the overlapping timelines and other little bits, I just had to post this even without knowing the answers.

I'm just so confused by the time shifts of O'Keeffe being so early with his Foster similarity, yet so much later with his John Cullen Murphy similarity, who was a relative late-comer. And yet all of them circling each other at King Features. I'd swear that Dick's Adventures stuff looks like Murphy's work.

Is there an untold story here, or what?

I saw Joe's post on FB and came over to see this work, beautiful, beautiful stuff. Beyond similarities in Foster's work (Copies provided to Foster via King Features perhaps?) for some reason I am reminded of Murphey Anderson's work on The Atomic Knights, that might just be the armor.

Aside from the subject matter, I'm not seeing much similarity between the book illos and Foster's Val. The later comic strip work seems to come much more from the Raymond school than from Foster.

Terry, I'm really not insinuating that Foster consciously borrowed stylistically from O'Keeffe—but that there might be interesting untold connections between these 3 artists, besides the obvious one of Foster and Murphy.

Thought, you were still on (well earned) hollidays) and found already some great new posts.
I apreciate especially this one with it's historic interpretations.

Well earned time, yes, I will say. But holiday, no, sad to say. I'm working on life and a living, but I figure blogging can fit here and there. Anyway thanks for the check-in, Xenophon.

mxavierw, I didn't mean to slight you. Thanks for your comment. I see reminders of Murphy Anderson as well.