Gil Kane was another artist associated with Edgar Rice Burroughs' work, and so when I talked with him at a convention in the 80s, he agreed to a commissioned drawing of my favorite ERBian characters—Dejah Thoris and John Carter: 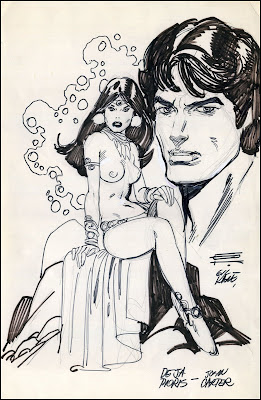 This time I was able to sit with him to watch the drawing develop (very quickly—he was fast). We talked a bit while he was drawing, and then he agreed to meet later, to sell me some more of his art and talk some more. I will post about that another time.
I was thrilled with his drawing, showing more of a Gil Kane style than most of the published comic book art does, since all that was inked by others. It was his idea to show more of Dejah Thoris than could ever be seen in the comics. The very next day I came down with the flu, and in my delerium I was transfixed with the drawing and fever dreamed a Barsoomian adventure. 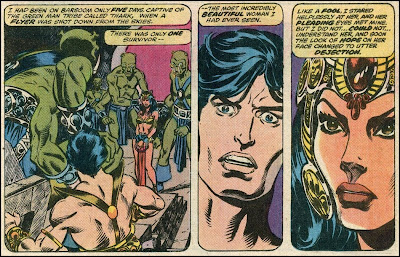 The Marvel run of John Carter wasn't the best interpretation, but there were high points (especially Infantino's later involvement). But Kane's stuff was always great to see, as he put such style to it, drawing much of what he did straight from his imagination. 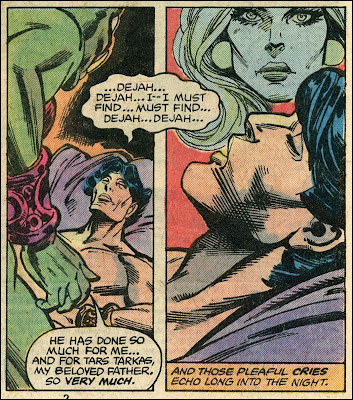 Above shows how I probably sounded in my flu delerium, although I don't think they were pleaful cries—gawd I hope not. 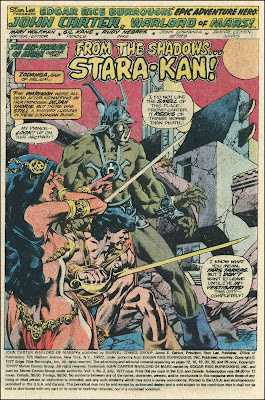 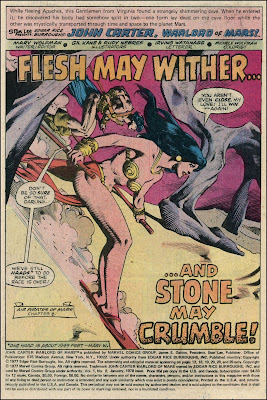 Posted by Thomas Haller Buchanan at 11:38 AM

that commission is beautiful. and, as you rightly say, all the more special for being inked by Gil's own hand. wow. that is a treasure, man, an absolute treasure. lucky you.

If I hadn't, the opportunity would have passed, and in no time at all, it seems, these people pass from our plane of existence. I'm always gentle and polite and the worst someone can usually do is just say no.

Gil Kane, as with so many creative types, was approachable and more than glad to talk shop. I'm so glad I approached him, and as it is I obtained some other wonderful pieces from him, which I will post in time.

A great commission indeed. However, if I am not mistaken, she is still overdressed to be entirely book-accurate.

You are so right. 'Tis a shame that it's rarely truly been depicted accurately. I know that Reed Crandall drew a faithful portrayal once upon a time.

I am going to make an effort one of these days to make my own drawing that will also try to be true to the book. I'll post it then.