The Man Who Lived in the World of Dreams

Dante Alighieri—a man whose trek through heaven and hell has resonated through the centuries. If he hadn't truly lived, he would have had to be a protagonist of legend, like Faust.
Below, a beautiful portrait engraving of Dante, from a 19th century magazine. 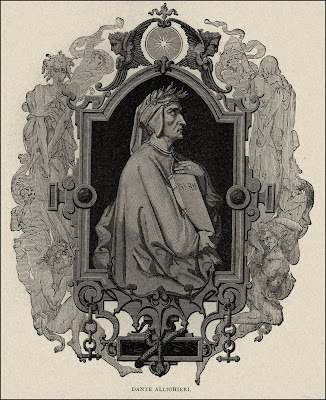 Dante's life and visions were recounted for children in the wonderful early 20th century My Book House series, using the versatile Donn P. Crane as the illustrator, who has 'translated' the classic visuals of Gustave Doré.
Below, the opening page of the narrative, to give you the flavor of the text. It goes on recounting Dante's visions, but I'm just showing Crane's lovely drawings. 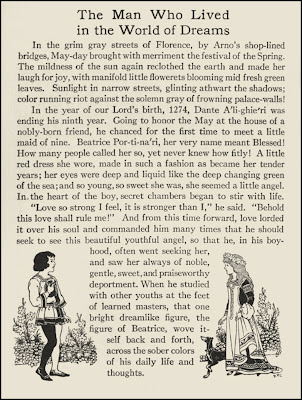 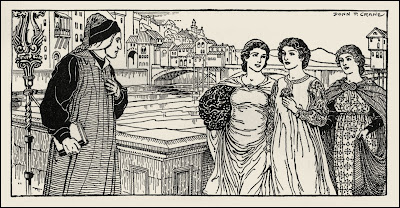 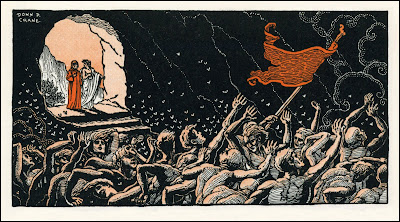 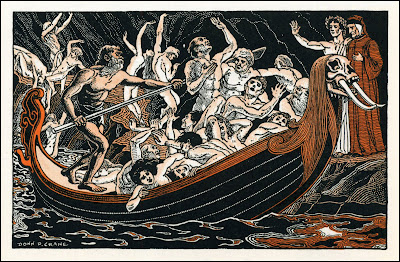 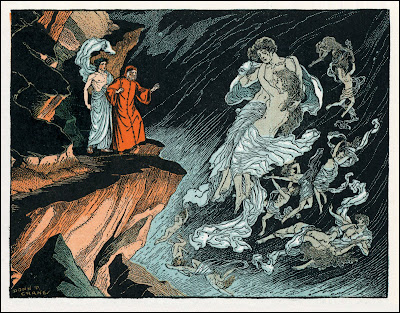 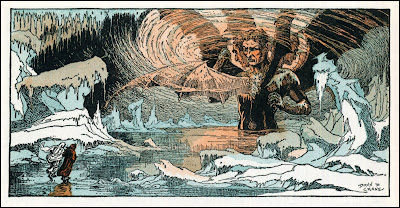 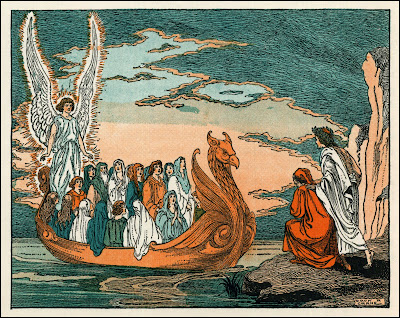 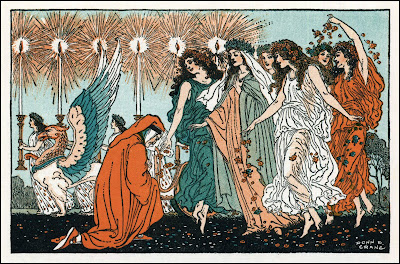 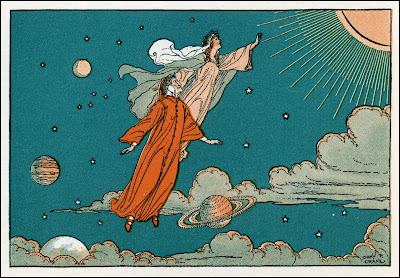 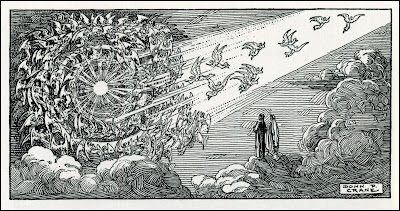 Those are wonderful,
thank you !

You're welcome, Pierre—thanks for dropping in!

I concur with Pierre. Your blog is an oasis in the blogosphere Thomas, I always find something beautiful here.

Amazing stuff! I love artwork from the children's books of this period. There is nothing else like it.

The ship with the angel, and the pair ascending toward the sun are my favorites, but I enjoy them all!

Thank you for publishing these. These Don P. Crane illustrations were my favorites when I was kid. Another great set of illustrations from MY BOOK HOUSE are the ones from FAUST. Would you be able to post these?

Keith, yes indeed, I will post those Faust illustrations within a week or so.