Where is She Now? 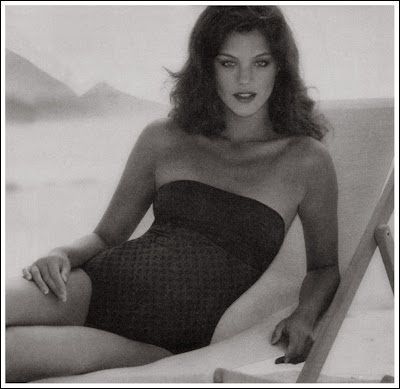 Above, Maren Jensen was a model before she was an actress—but where is she now, and what is she doing?
Below, some photos to remind you what you may have seen her in. 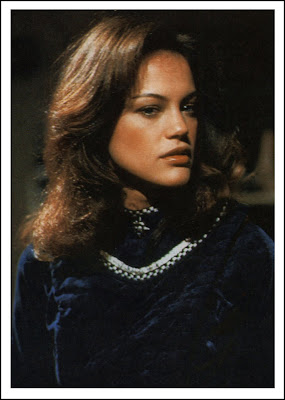 Yes! She was Athena, in the original Battlestar Galactica!

I do love a woman in uniform. 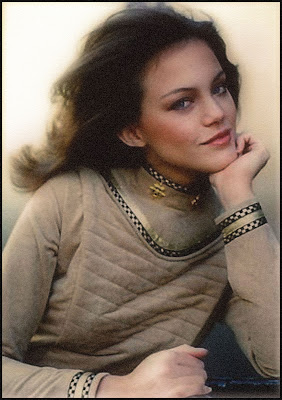 According to IMDB, she was "one of the first people in Hollywood to suffer the debilitating effects of Epstein-Barr syndrome (in the 1980s). She has since recovered, but has left show business behind her."

Yes, there are rumors of several sorts. The one that I like best is that she has raised a family somewhere in the Midwest.

I don't know whether she wants to be tracked-down, so I'm keeping mum.

Well, pretty women in pretty uniform is OK for me.

I used to fancy the pants off her when I was a young 'un.

Being just rhetorically curious about her story, not her location, I certainly wouldn't want to get you in trouble with the lady.

Yes. I would take your respect for her right to stay private as a given.

Some people slip into relative obscurity against their wills or as a matter of indifference. (JoAnna Cameron seems for a while to have been a case of the latter.) I literally don't know whether Jensen would want to be found; possibly she'd be happy to be sought-out.

Please, Daniel sounds a little delusional. Like he knows her personality.

You know this is my blood sister and she just gets creeped out by crazy people that say a bunch of crap about her and have never met her! She was a great actress and model, she has a life and family now, and deals with a very tough auto-immune illness. She doesn't want to belong to the public anymore, it is a hard place to be.

I understand what you're saying, and hope I haven't created a negative issue.

Maren is an inspiration for having transitioned to a 'normal' life, and I just want to pay my respect to her, and wish her well with her health.

Maren Jensen is the most beautiful woman ever, M.J. the person, she is bright and smart (straight 'A' student in high school and went to UCLA on a scholarship) she is a model, tv actress, movie actress, a very smart and accomplished business woman (she has been/is currently involved with numerous and very successful business ventures and she is set for life) M.J. is a fitness enthusiast and keeps herself in top shape, she is married and has a family, in 2003 at the age of 46, M.J. posed for playboy, she created and holds patents on items that are going into commercial/mass production, M.J.'s busy life has her traveling between the L.A. metro area and the NYC metro area on and off...what an amazing woman!!!

Sorry, but isn't that Lois Chiles on the firt picture?!?

I am positive that the first picture is of Maren Jensen, although Lois Chiles (like Maren Jensen) is a head turning/stunning beauty. (MJ is amazing for many different reasons, not just for her super-model good looks)

i have created a maren jensen fan page on facebook...alot of pictures and facts, about this exceptional, incredible and amazing woman...

Maren Jensen is far more then a super-model, she is also a role model!!! (for many different reasons)

If Maren Jensen (hypothetically) showed up at any sci-fi/fantasy/media conventions...she would have so many adoring/gushing fans, coming out to meet and greet her...the line of people would wrap around the convention center numerous times...fans would be going ga-ga over the chance to see her, talk with her briefly, get an auto-graphed picture of her etc...

Maren Jensen is gorgeous. I wish i can see her do more acting.

Marianna Hill reminds me of Maren Jensen...a most notable sci-fi role for her, was playing Dr Helen Noel, in a star trek episode, entitled..."Dagger of the Mind"...