Directly below, I do believe Charles Addams' New Year baby was reflecting the attitude of America, facing Kennedy's New Frontier. It was the birth, not only of a new year and a new decade, but of a new post-war era.
In his acceptance speech at the Democratic convention earlier in the year, Kennedy said:

We stand on the edge of a New Frontier—the frontier of unfulfilled hopes and dreams, a frontier of unknown opportunities and beliefs in peril. Beyond that frontier are uncharted areas of science and space, unsolved problems of peace and war, unconquered problems of ignorance and prejudice, unanswered questions of poverty and surplus.

In the words of Robert D. Marcus: “Kennedy entered office with ambitions to eradicate poverty and to raise America’s eyes to the stars through the space program" 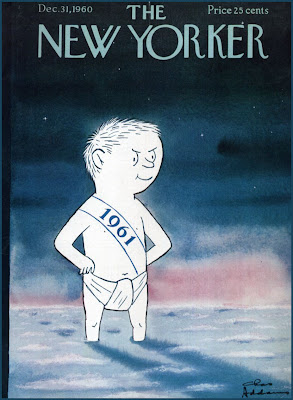 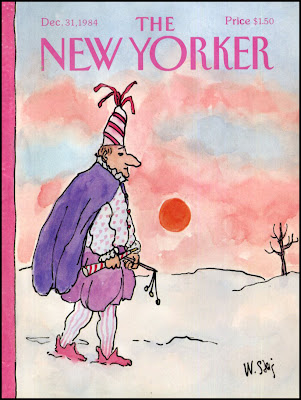 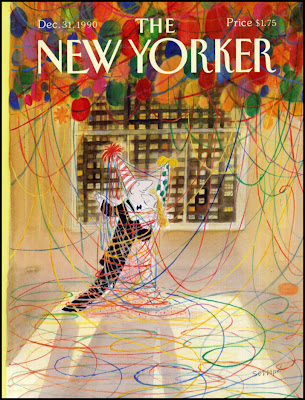 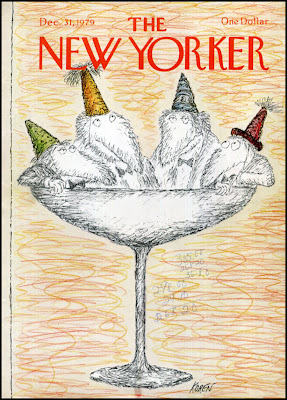 Above, somebody always grabs a magazine to solve a math problem.
Posted by Thomas Haller Buchanan at 8:03 AM

Happy New Year everybody!
Chas Addams made some great covers to The New Yorker Magazine. Here in Brazil I found (and bought) his pocket book Black Maria(Pocket Cardinal, 1964) with his delicious cartoons!