Advice from a Caterpillar

Continuing with Alice's Adventures, we are now in chapter 5, wherein the child is berated by a large blue caterpillar, forced to recite a poem about Father William, and told to eat some unknown mushroom, wherein her body undergoes a strange transformation.
Farrr out. 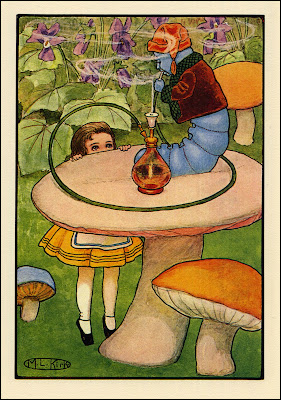 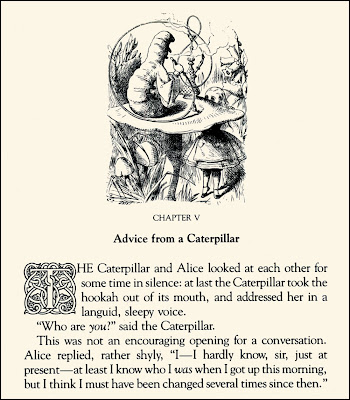 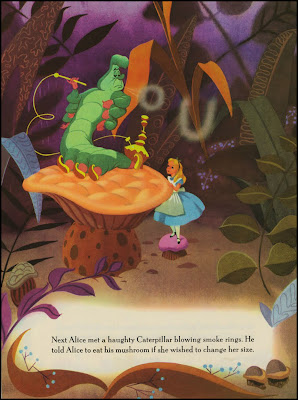 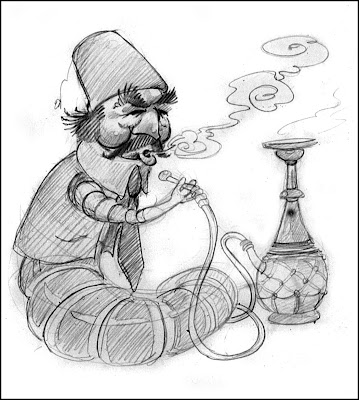 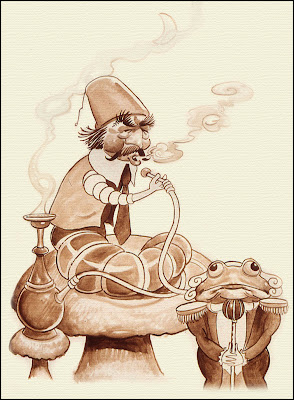 Thomas Buchanan — 1993
When the book project was cancelled, I was commissioned to create a mural bringing many of the characters together in one setting, and what better place than at the tea party table. Above, part of the underpainting. Below a detail from the mural. 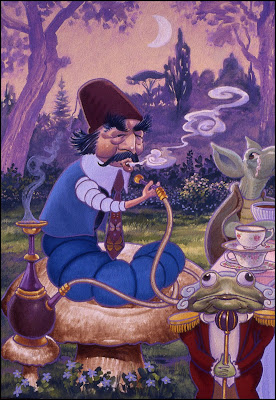 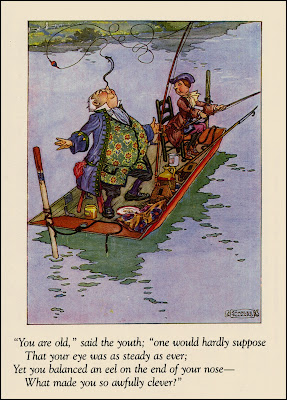 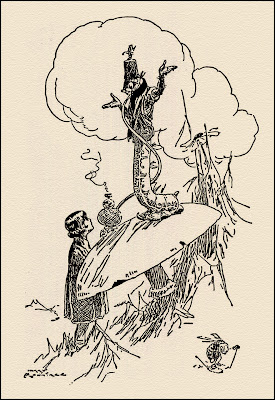 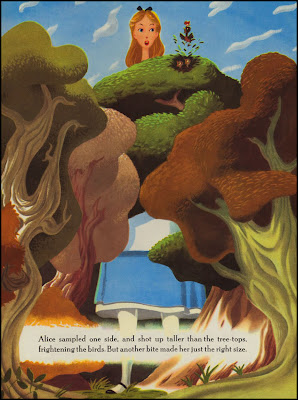 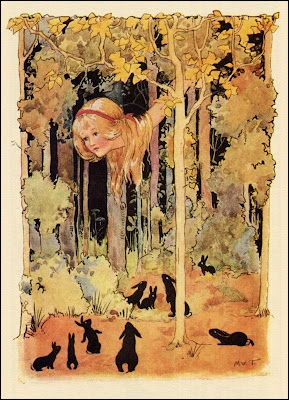 Margaret Tarrant — 1916
Posted by Thomas Haller Buchanan at 7:43 AM

I am curious as to what drove your choices in the design of the Caterpillar.

(I reälize that this may not be the appropriate 'blog nor a convenient time for such a query.)

This is a fine time and place for it. Thanks for asking Daniel.

When I was first conceptualizing for the book, I sketched up at least a dozen different looks for this guy, trying to keep somewhat in line with previous book editions, yet bring a little something new to the look. I borrowed the fez from one rendition and the hookah had pretty much a standard look in all renditions.

The idea with this design was to bring to mind a retired British campaign colonel, very gruff and blustery. Looking at it now, all these 17 years later, I see that he bears a resemblance to King Pellinor from the Warner Bros Camelot movie, but that wasn't my conscious attempt. This particular design was picked by the editor for me to develop more and then just a few days later the book was cancelled.

Shortly after that I was commissioned to create a group of art pieces to pay homage to the world of Alice, and allowed to take liberties with the details. The client was really pleased with this design and said to not change a thing. When I was working the final painting, I was saving for last the highlights for the abdominal segments, but in the end ran out of time. If I had the time back then I would have developed him to have more appendages and to be more hirsute.

I'm hoping someday for the opportunity to start all the characters over from scratch.