Who knew in the late 70s that Computer Generated Imagery would become the backbone of feature film production? Well, Steven Lisberger did, and from some team vision the movie Tron was conceived and produced, with ground-breaking visual effects.
But as most always is the case, before motion pictures are put into motion, artists are called upon to be visualists, taking high-flying concepts and bringing them to earth, visualizing a semblance of reality, allowing them to truly take flight. In this case a terrific team of technical artists came together to give life to a new way of making films. 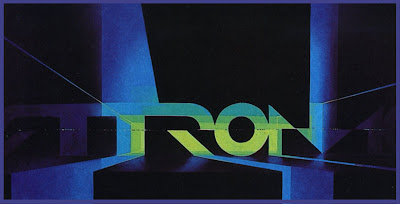 An earlier design by Syd Mead 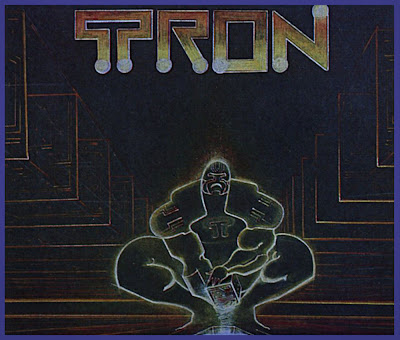 An even earlier concept by Chris Lane 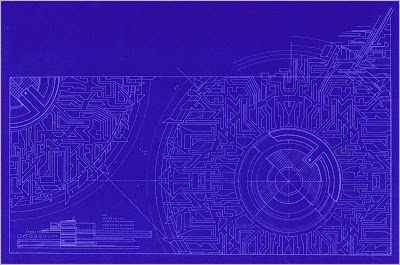 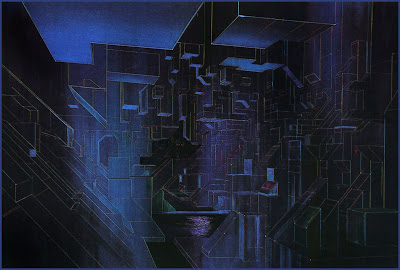 Concept drawing of an electronic cave interior by Harrison Ellenshaw 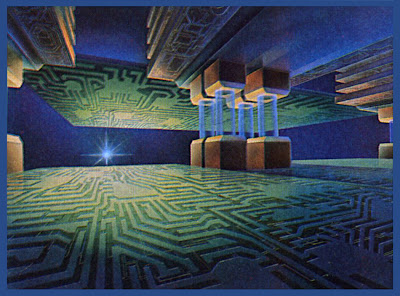 A background by Peter Mueller 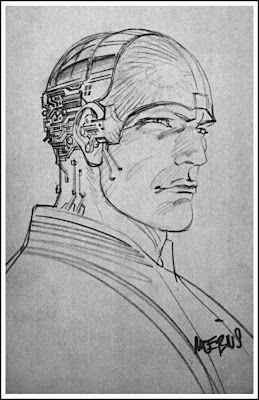 A helmet design by Moebius 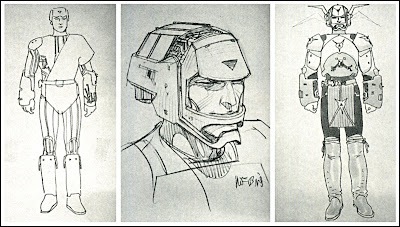 And more costume designs by Moebius 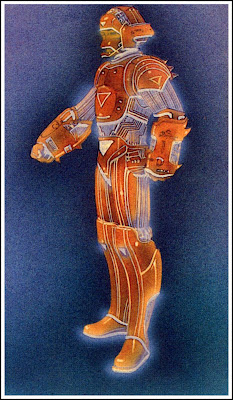 A Peter Lloyd colorization of a Moebius character concept 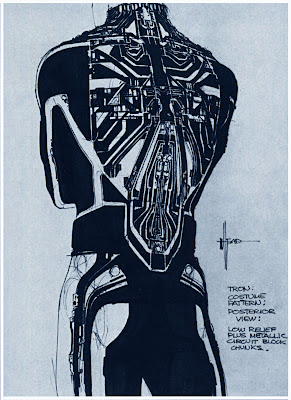 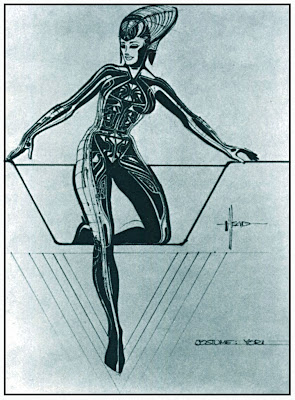 A costume design for 'Yori' by Syd Mead 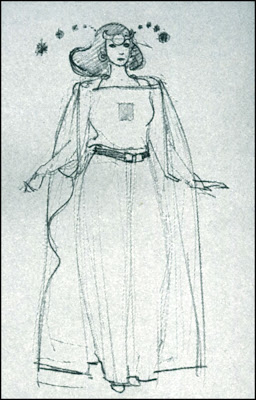 A costume design for 'Yori' by Moebius

A preproduction illustration by Peter Lloyd based upon Syd Mead's design 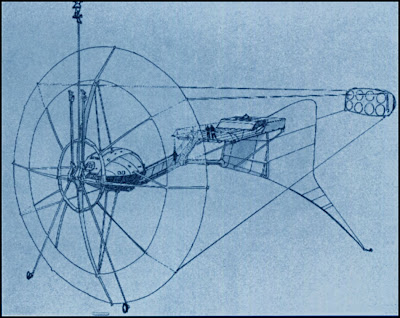 Concept design for a Solar Sail by Moebius The final design for the Solar Sail by Moebius

The Solar Sail parked in its hangar
The concepts go on and on, but this is a good sampling
Posted by Thomas Haller Buchanan at 10:13 PM

Awesome! I don't think the new movie will accomplish as much visually.